Immunization is the best protection against tick-borne encephalitis 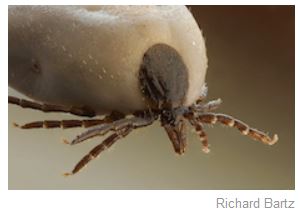 In a new position paper, published in the Weekly
Epidemiological Record today, WHO recommends vaccination against
tick-borne encephalitis in people of all ages where the disease is
highly endemic. Where the prevaccination incidence of the disease is
moderate or low or is limited to particular geographical locations or
certain outdoor activities, immunization should target individuals in
the most severely affected groups. People travelling from non-endemic
areas to endemic areas should be offered vaccination if their visits
will include extensive outdoor activities.

Since the incidence of tick-borne encephalitis may vary
considerably between and even within geographical regions, public
immunization strategies should be based on risk assessments conducted at
country, regional or district level, and should be appropriate to the
local endemic situation.

Immunization offers the most effective protection against
tick-borne encephalitis. Currently, there are four widely used vaccines
of assured quality: FSME-Immun and Encepur, manufactured in Austria and
Germany respectively, and TBE-Moscow and EnceVir, manufactured in the
Russian Federation. The four vaccines are considered to be safe and
efficacious.

Tick-borne encephalitis virus is an important cause of viral
infections of the central nervous system in eastern, central and
northern European countries, and in northern China, Mongolia, and the
Russian Federation.

Approximately 10 000–12 000 clinical cases of tick-borne
encephalitis are reported each year, but this figure is believed to be
significantly lower than the actual total. Most infections with the
virus result from tick bites acquired during outdoor activities in
forested areas.