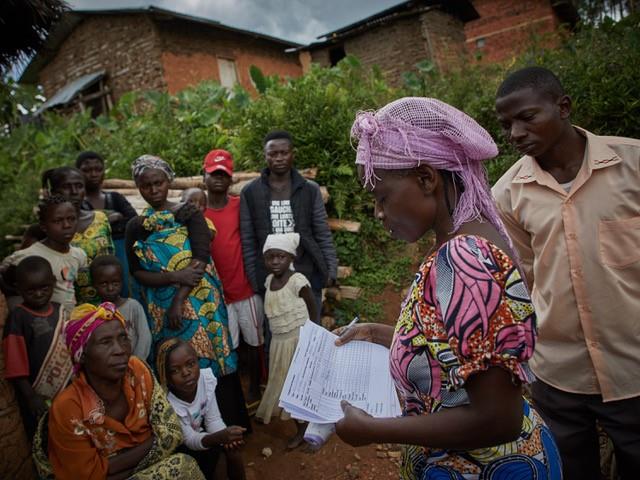 I hope that your busy week was interrupted, like mine, with a moment of joy on Tuesday.

That moment was the celebration of a woman being discharged from an Ebola treatment centre in Beni. Her name is Masiko.

She was the last person in the Democratic Republic of the Congo confirmed to have Ebola.

Health workers and other responders sacrificed a lot to get to this point.

Since the outbreak was declared in August 2018 there have been 420 attacks on health facilities in DRC, resulting in 11 deaths and 86 injuries among health care workers and patients.

It’s been a huge amount of work. At the peak of the outbreak, more than 120 cases were being reported each week. 28 health zones were affected, with cases appearing 1200 kilometres apart. In response:

This work is continuing. The outbreak isn’t over. WHO recommends waiting two full incubation periods – that’s 42 days – after the last person tests negative a second time before declaring the end of the outbreak.

We must stay in active response mode to get us over that finish line.

We have to be prepared for other cases emerging. It’s is a very real risk.

Remember that during the Ebola outbreak in West Africa flare-ups of new cases occurred after the end of the outbreak.

There are four reasons why new cases may emerge during this 42-day period, or even after the end of the outbreak.

This is why it’s critical to maintain surveillance and rapid response capacities.

And that’s what we are doing. We’re still in full response mode.

In addition to the activities I already mentioned, I have to underline how critical it is to continue supporting the Survivor Programme, which provides follow-up care for almost all of the 1169 survivors in 26 health areas in North Kivu and Ituri. The programme also helps reduce the risks of re-introduction events.

We need to continue this work until the end of the outbreak, to keep the capacity in place to rapidly respond to flare-ups, to keep supporting survivors after the outbreak, and to transition the capacities built in this response toward building a stronger health system.

But to be very frank, right now the world risks dropping the baton at the finish line. WHO faces an immediate US $20 million funding gap. If no new resources are received, we will run out of money before the end of the outbreak.

We appreciate the generosity of donors who have supported the response since August 2018. Now we need to get over the finish line. WHO is calling on the international community to help us end this outbreak, and keep our promises to communities to build a stronger health system.

If we are forced to scale back operations because of a lack of funds, and then a new case emerges, we might not have the people and resources on the ground that we need to shut down transmission quickly. Just a single case could re-ignite the epidemic.

That would be a tragedy. An avoidable tragedy.

It is important that the global community doesn’t only focus efforts when there is an immediate threat, then walk away when the threat subsides.

The health system has to be strong to stop much more than Ebola. It has to stop malaria, measles, cholera, and now COVID-19.

There is a lot more work to do.