See what we have been cooking in our labs, tutorials, techniques & more

But, even so, it stands to gain

Urban legend has it that the average person eats eight spiders per year while sleeping. While that (thankfully) isn’t true, a new body of research points to a similar statistic that unfortunately seems to be all too real: people ingest approximately five grams of plastic per week.

The data comes courtesy of the World Wildlife Fund, which recently tapped the University of Newcastle in Australia to carry out a study on the issue of plastic ingestion. According to the WWF, the body of research—which combined data from more than 50 studies on the ingestion of microplastics by humans—found that the single largest source of plastic ingestion is through water, both bottled and tap. Salt, beer and shellfish are also some of the worst offenders.

Grey Malaysia helped the WWF bring some of these jarring facts to life via a campaign that shows just how much plastic an individual consumes each week. For instance, if the average person ingests roughly five grams of plastic per week, that equates to eating a credit card. After one month of swallowing plastic, you’re up to 21 grams, or an entire clothes hanger.

The hope is that these visuals will shock people, companies and governments into taking action.

“If we don’t want plastic in our bodies, we need to stop the millions of tons of plastic that continue leaking into nature every year,” said Marco Lambertini, international director general of WWF, in a statement. “In order to tackle the plastic crisis, we need urgent action at government, business and consumer levels, and a global treaty with global targets to address plastic pollution. Not only are plastics polluting our oceans and waterways and killing marine life–it’s in all of us, and we can’t escape consuming plastics.”

The campaign also includes a website, Your Plastic Diet, where visitors can take a test to find out how much plastic they’re unintentionally eating. Additionally, the site provides information on how this problem came to be and what can be done to curb it. 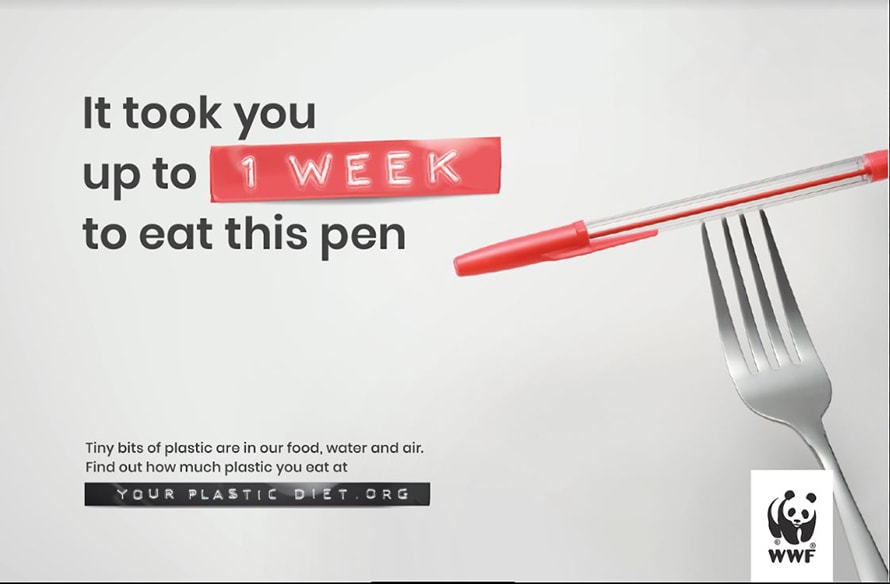 The company has raised over $65 million to date

What does a content marketing team look like? You might be a team of one wearing multiple hats or a global, siloed, integrated team of hundreds. It doesn’t matter. You should address these seven dedicated roles. Continue reading →

The agency is positioned for growth as Olympics near

Pedestrians in New York may have noticed a startling sight while walking the streets yesterday.

Installations made to resemble children sleeping in small cages, wrapped in reflective blankets and accompanied by the message “#NoKidsInCages” were briefly installed around the city before being taken down by police. The installations combine the unsettling imagery resembling children wrapped in blankets with disturbing real audio from the detention centers of children crying out in distress.

New York agency Badger & Winters, which became part of holding company alternative Plan A last November, is behind the activation. It was created on behalf of Raices, a Texas-based nonprofit (whose name is an acronym for Refugee and Immigrant Center for Education and Legal Services but also means “root” or “origins” in Spanish) providing pro-bono legal services for immigration cases.

“We were just trying to bring home this simple truth,” Badger & Winters co-founder Jim Winters told Adweek. “The idea that in America in 2019, we pull innocent children away from their parents and detain them and put them in cages under Mylar blankets to cry in despair—it’s just simply the truth, and we wanted people to have to look at that and to have to listen to that again.” 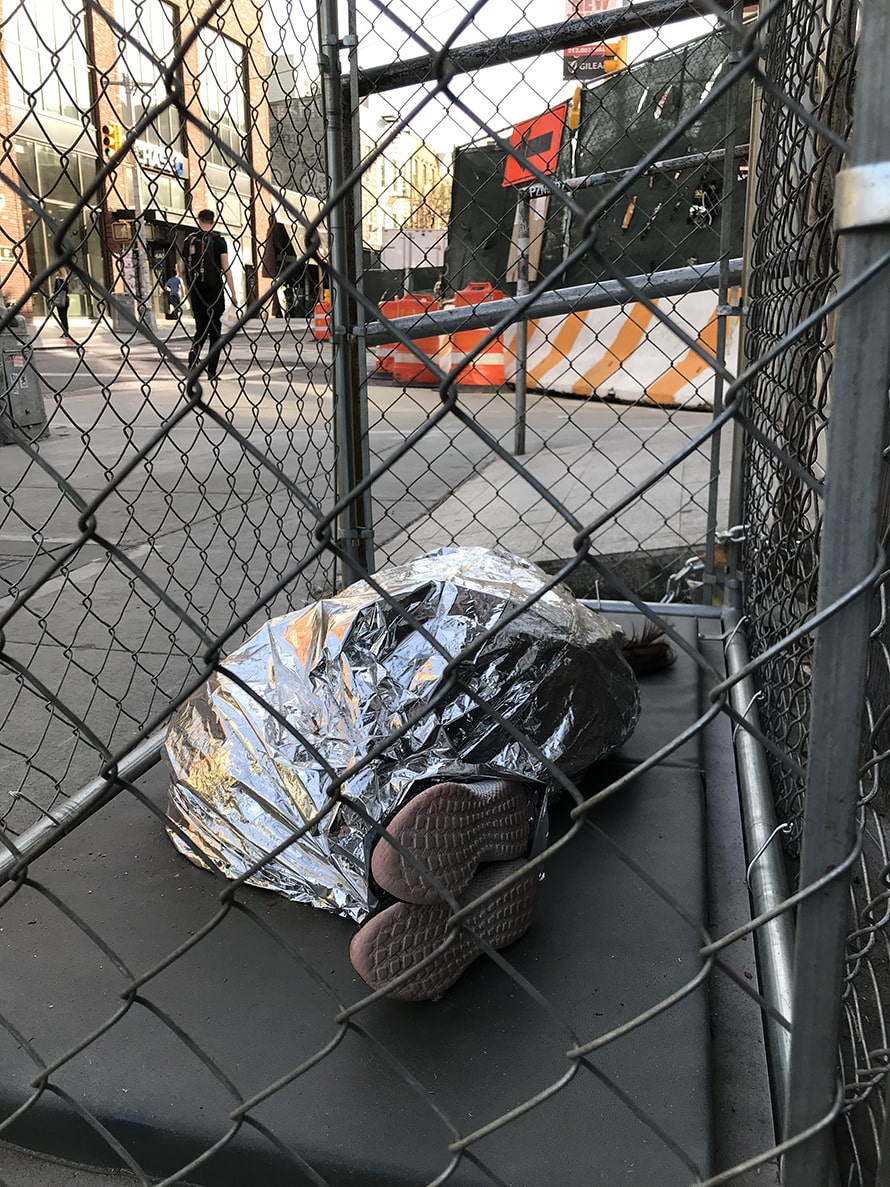 the zero-tolerance [illegal-immigration policy], it was a very emotional story, and since then it feels like it has devolved into being statistics,” he said. “They suddenly become increments, and you lose the emotional truth. We wanted to get to an idea that made people viscerally feel the horror of this crisis.”

He said that the agency fully expected the installations to be taken down quickly, which only helped make it more visible. Locations around the city were selected for their high foot traffic and proximity to media.