See what we have been cooking in our labs, tutorials, techniques & more
Jun
18

Would You Buy Your Partner a Lab-Grown Diamond Engagement Ring?

When her boyfriend proposed to her in 1999, Anna-Mieke Anderson became the proud owner of a diamond engagement ring. All was bliss until her father asked her where the diamond itself came from. Little did he know his question would alter the course of her life.

In researching an answer to her dad’s question, Anderson learned that diamond mines have a reputation for fostering corruption and exploiting workers, their families and the communities in which they exist, reports the Financial Times. They’re also associated with “environmental devastation, severely damaging the land and water,” according to Brilliant Earth. Seven years later, Leonardo DiCaprio’s 2006 film Blood Diamond would help create mainstream awareness of these issues.

Hoping to make even a small difference, Anderson found an organization that advocates for mining communities and sponsored a 7-year-old boy named PonPon. As she exchanged letters with him, a stark picture of his life in Liberia developed. “It wasn’t until he wrote to me and said, ‘I had a great summer because only one of my classmates was killed,’ that I realized how severe this was,” says Anderson.

With PonPon in mind, Anderson decided to make a bold move and launch her own line of conflict-free fine jewelry. But she wanted to define “conflict-free diamond” on her own terms. Currently, the designation is under the purview of the Kimberley Process Certification Scheme, created in 2003 to prevent the import of diamonds “used by rebel movements to finance military action opposed to legitimate and internationally recognized governments,” according to the U.S. Customs and Border Protection website.

Turns out you can make a splash without going overboard 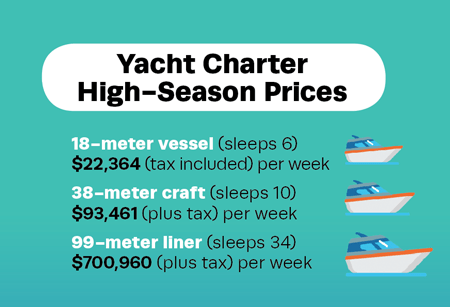 The CW Sets Its Fall Premieres, Will Air Batwoman 3 Times the Week of Oct. 6

Everything except for Arrow and Black Lightning will debut that week

Forget a Thousand Words. Pictures Could Be Worth Big Bucks for Amazon Fashion

A stuffy restaurant gets a dose of ‘aww shucks’ condiment humor

Think Micro if You Want to Do Influencer Marketing Right

Stop dreaming big when it comes to your influencer marketing program. You don’t have to pay $1 million for Kylie Jenner to post or even $2,500 for Martha Stewart to do one. Design your campaigns around microinfluencers. Continue reading →

The post Think Micro if You Want to Do Influencer Marketing Right appeared first on Content Marketing Institute.

10 Tips From Best-Selling Authors That Will Polish Your Content

What can you learn from those best-selling fiction authors to make your content marketing shine? A lot. They know how to keep readers turning the page. Here are 10 tips from Stephen King, F. Scott Fitzgerald, George Orwell, and more. Continue reading →

A new Reporting API is being tested

On the Adweek Podcast: What We Expect From This Year’s Cannes Lions

Opinion: Reinventing advertising at a time when change is needed