How to Develop a Content Strategy: Start With These 3 Questions

If your content doesn’t connect with an audience, success isn’t an option. But to get the audience, you first must answer these three essential questions. And use these resources to create an effective content marketing strategy. Continue reading →

Get a Refresh on the What, Why, Where, and How of Content Marketing

A healthy marketing budget can be powerful fuel for brand expansion and sales growth. But when sales improve, most marketers need to prove that their activity was the driver. Marketers must tie their tactics directly to sales outcomes in a way that’s as simple and believable as possible. Read the full article at MarketingProfs

Learn how to apply the principles of deliberate practice to improve your writing skills and accelerate your learning. Some 30 hand-drawn images illustrate tips and advice to make you a better writer. Read the full article at MarketingProfs

After More Than 70 Years, Cincinnati Agency Northlich Closes Its Doors

Industry changes cited as one reason for shuttering shop

How One L.A. Agency Is Cracking Open a Window Into Chinese Consumer Data

In digital marketing, when getting a view of even the most rudimentary audience figures, there is a relative amount of democratization in tools available. The smallest companies, with even a tiny amount of spend, have at least some level of third-party data access to understand consumer behaviors and campaign performance.

While these tools and data are readily available off the shelf in most places around the world, in China, it gets a bit more complicated. Data is more opaque, and there are no real unified platforms that can access some of the digital titans in the country like Baidu, Tencent, JD.com, WeChat and Alibaba.

“[Data partnerships] have been between an agency and client, client and publisher, and an agency and publisher,” said Humphrey Ho, managing director of North America for Hylink Digital, the largest independent digital agency in China. “It’s not readily available by simply registering for an ad account or platform. In China, it’s all about leverage and negotiation. The larger you are as an agency [or product] in terms of spend, the more access you have to data.”

One example is a partnership between Nielsen China and Alibaba’s Tmall announced last October that integrates data from the platform to provide insights into newly-launched products, especially in the FMCG category. IPG Mediabrands launched a similar program, to make better digital marketing decisions, in November 2018 on the heels of its Acxiom acquisition.

Sensing the need to democratize the data of 830 million Chinese internet users, Hylink launched Radix, a tool that analyzes post-campaign buy data and, specifically, social media analytics on popular platforms in the country, to help clients make more informed future advertising decisions. While reporting like this sounds familiar to most marketers in the west, it’s still an uphill climb for agencies and brands seeking insight from popular social platforms like WeChat and Weibo. Ho notes that the data marketers may expect in the west, doesn’t exist in China.

“Data like post-performance, performance in certain categories, or with images or keywords—things that one would expect as standard—doesn’t exist in general in China,” he said. “We now know what’s working from a content perspective and with content becoming increasingly more expensive and valuable, it’s good to know what types of content should be prioritized.”

Can You Spot All 15 Mario Kart Easter Eggs in This Ad for the Game’s Mobile Debut?

There are very few video games that have managed to transcend consoles, eras and generations of fans to become immovable forces in pop culture. And of those, can any challenge Mario Kart?

Mario’s cross-generational presence as a go-kart racer has begotten a number of shared experiences, with Mario Kart often lauded as a global childhood staple. Who hasn’t reveled in the distinct joy of outpacing all of their friends as Princess Peach gracefully celebrates a hard-fought win? It’s an evergreen source of thrills.

Now it’s time to usher in the next generation of go-kart champions with Mario Kart Tour, the franchise’s highly anticipated mobile installment, and the adrenaline-spiking ad “Start Your Engines” will have old and new fans alike racing to pre-register for their own chance at glory.

When not distracted by the pandemonium, fans might notice a number of special touches that celebrate Mario Kart’s long legacy

In fact (with a little help from the creatives behind it), we’ve tallied 15 Easter eggs or winking references to the game series in the spot.

How many did you spot on your first viewing? You might want to check it out one more time before we spoil it for you with the full list.

Ready? Check out the full list of Easter eggs below.

1. As you might have caught, each phone case is based on a character: Donkey Kong, Peach, Luigi, Yoshi, Toad, Mario or Bowser.

3. Also in the opening shot, the street sign says “Rainbow Rd.” If you don’t know what that is, why are you even reading this article?

4. At the :02 mark, we see the coffee shop is called Koopa Cafe, obviously named for the Mario Bros. world’s turtle creatures.

6. The cafe patron in red is wearing an outfit inspired by Mario.

7. Around :09, in the Japanese apartment, we see a plant whose pot is shaped like a green pipe.

9. At :26, as the phone races away, we see a lamp shaped like Toad in the Japanese apartment.

10. Especially hard to catch is the backpack patch at :42, showing stars and koopa shells.

12. A turtle shell sticker can be seen under the bowl that interrupts traffic at :50.

14. Surely everyone caught the banana peel slip at :54.

15. Finally, at :58, a tip jar of coins explodes, representing the coins always up for grabs in Mario Kart races.

So how did you do?

When updating a beloved property for a new generation, there is this inherent risk of alienating older fans in the process. But TBWAChiatDay L.A.’s approach of peppering classic Easter eggs alongside a scenario that will energize young audiences results here in ad that truly shows why this series has had players hooked since 1992.

Is Amazon Marketplace Out of Control?

Earlier this month over 240 beauty brands set up shop at Pier 94, a massive event location on Manhattan’s west side, at the fifth annual Indie Beauty Expo. Over the course of two days, retail buyers, journalists and bloggers, among others in the beauty industry met the people behind the brands, tested their products and mingled among their industry cohorts.

The brands represented at the event ranged broadly, from CBD-infused skincare lines to cruelty-free cosmetics to an all-natural charcoal toothpaste. But what they all had in common? They’re all—as the name of the event might have you expect—independent brands.

The Indie Beauty Expo was founded in 2015 by Jillian Wright, an aesthetician, and entrepreneur Nader Naeymi-Rad as an arena for brands that are ready for expansion but not quite yet at the point of being acquired by one of the world’s big beauty conglomerates, such as L’Óreal or Estée Lauder. 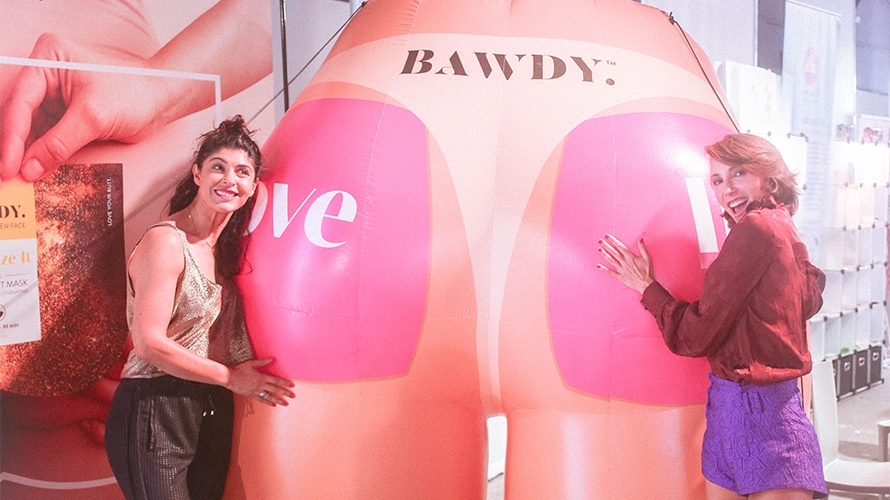